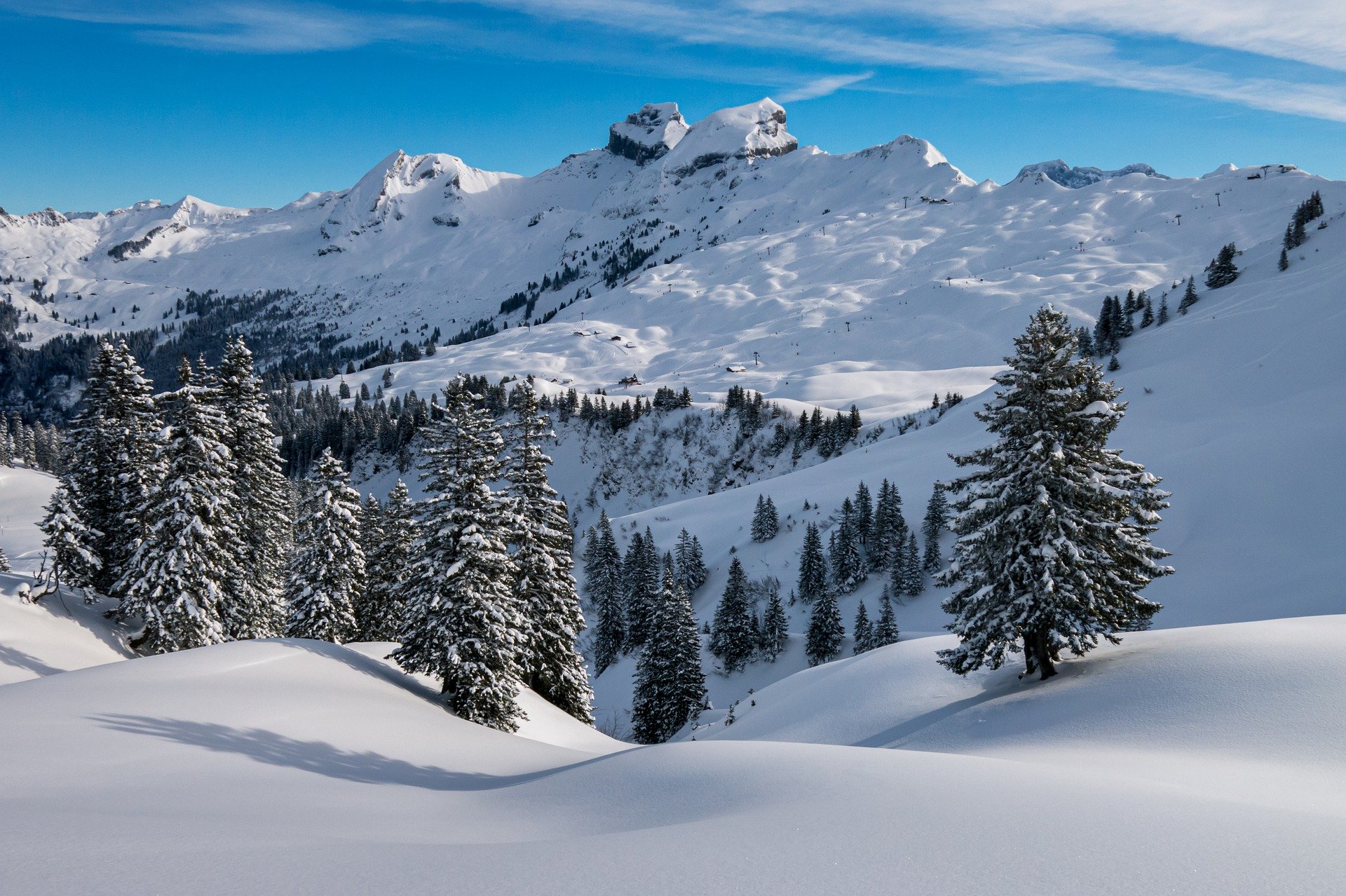 With backcountry winter recreation becoming more and more popular, it is certainly prudent to be aware of some factual data around avalanches.

Avalanche fatalities are much easier to report with some degree of certainty because they are almost always reported due to the significance and the low total amount that occur. On the other hand, avalanche events where all parties survive are hard to gather complete data because many go unreported.

How many people die in avalanches per year in the US?

In the last 20 winter seasons, starting in 1999-2000 all the way through the 2018-2019 season, there have been 535 reported avalanche fatalities in the US. This averages out to about 27 deaths per year due to avalanches.

What states have the most avalanche deaths?

Here is the complete breakdown by state: 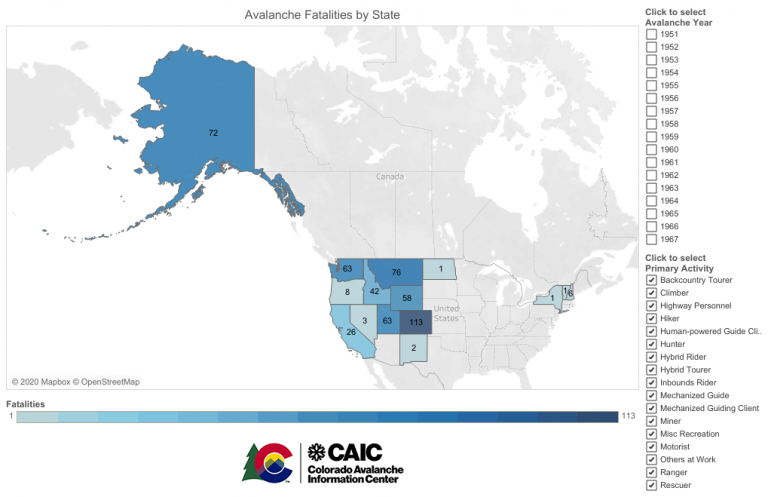 What time of year are avalanches most likely to occur?

This data aligns well with snow totals throughout a given season. In other words, as one might expect, the more snow (and the bigger individual storms), the more the danger of avalanches increase. It’s especially important to note for backcountry skiers and snowmobilers, because these individuals often go out specifically to chase big powder days. However, big snow days are when the risk is highest. 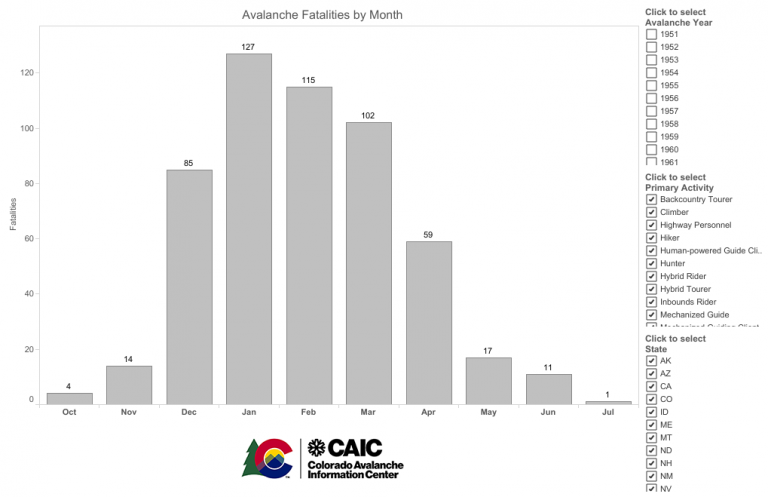 Do only skiers die in avalanches?

When people think of avalanches, most would probably assume that it is mainly skiers who are in harm’s way. However, a wide variety of both active and passive people can be at risk of avalanche danger. Hikers, climbers, and even just residents of certain areas have all accounted for at least a handful of avalanche deaths in this century.

In fact, snowmobilers are one of the most common group of individuals who are caught and killed in avalanches, accounting for around 37% of all avalanche deaths. Skiers and snowboarders account for around 42%, with more than two thirds of that number, or about 28% of overall deaths being attributed to backcountry riders. 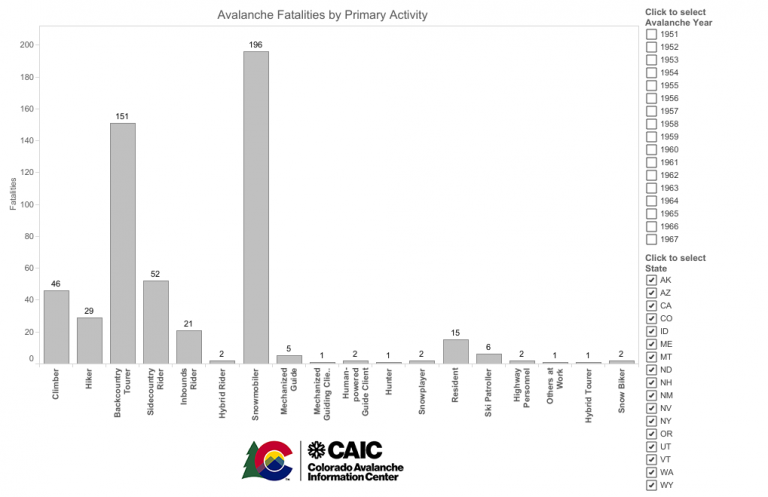 How likely are you to die in an avalanche?

So with all this data and talk about dangers of the backcountry, just how likely is it for people to get caught and killed in avalanche events?

Unfortunately this is extremely difficult to get an accurate picture or come to any concrete conclusion on because there isn’t solid data on just how many people are venturing into the backcountry today.

Additionally, most avalanches in which there is not a fatality go unreported, so there is virtually no data on “close calls” that could drastically change the implication of how dangerous certain winter activities are or not.

With that said, here are some numbers to attempt to give an idea at how common avalanche fatalities are:

According to a widely circulated figure from a 2018 Snowsports Industries America (SIA) report, there are an estimated 6 million backcountry participants. Using the 20 year average of around 27 fatalities per year from avalanches, that comes out to just 0.5 deaths per 100,000 people.

For comparison, according to the US Department of Transportation’s Fatality Analysis Reporting System, there were 11.2 deaths per 100,000 people on the road in 2018.

In other words, driving your car was a significantly more likely cause of death for a given participant than dying from an avalanche (11.2 compared to 0.5 deaths per 100,000).

With that said, this should in no way encourage the disregard of the obvious dangers of traveling in avalanche terrain. As previously stated, there are still many unknowns when it comes to quantifying the risks of avalanches and people who recreate around these areas.

Can you die from an avalanche at a ski resort?

Still, backcountry winter recreation is far less popular than skiing and riding at established areas like ski resorts. So for most people, you may be considered about the dangers of avalanches occurring in ski resort territory.

Many people incorrectly assume that they are free of danger when skiing at a ski resort. While it is true that ski patrollers are at every resort and work hard going through extensive measures to make sure the mountain is safe, accidents can still occur. In the span of 20 years in which 535 avalanche fatalities occurred, 21 of them were inbound skiers or snowboarders, which represents approximately 4% of all avalanche fatalities. Ski patrollers represented an additional 6 fatalities.

While inbound ski resort avalanches are EXTREMELY rare, there are still variables in the snowpack and slopes that are impossible to account for with 100% certainty. Ski patrollers do everything that is possible to keep resort slopes safe, but there are inherent risks that can not be eliminated for sure.

With tens of millions of people skiing at resorts in the US each year, the likelihood of being caught in an avalanche inbounds at a resort is astronomically low and probably shouldnt play into anybody’s decision to ski in these areas. 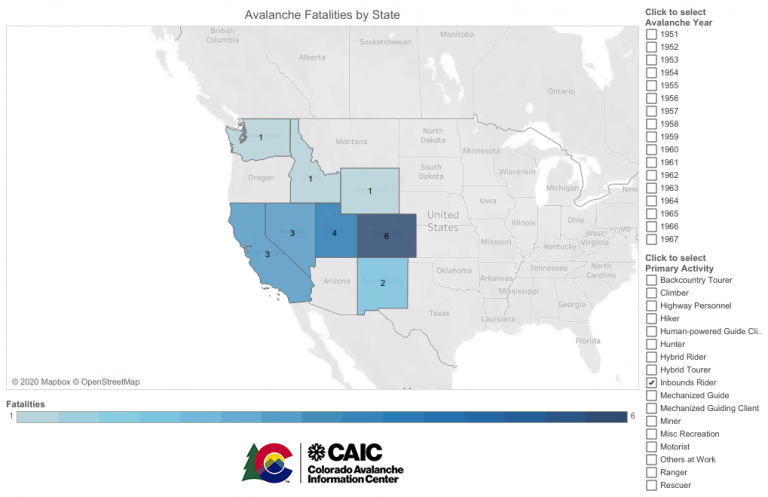 Which ski resorts have had inbound skiers die in avalanches in the past 20 years?

Any kind of avoidable death is always a somber subject. However, hopefully these figures provide a deeper picture of avalanche related fatalities. The data suggests that there should be a healthy respect for traveling in backcountry terrain, where unfortunate events happen every year.

At the same time, these events aren’t so common that we should discourage people from enjoying great winter recreation like skiing or snowmobiling – even in the backcountry.

As always, being educated on the risks and how best to combat them is the first and most important step to staying safe and enjoying your upcoming winter season to the fullest.

Affiliate disclosure: As an Amazon Associate, we may earn commissions from qualifying purchases from Amazon.com. You can learn more about our affiliate policy here.